Since 2015, Buffet Crampon Group continues its successful development in China. Its market share has more than doubled, making the nearly 200 year – French company a major player in the music industry in China. Buffet Crampon group continues its growth, despite the Covid-19 world crisis, with the opening of a 2nd modern & competitive factory (BCMMI) to produce high quality student instruments, based on the French know-how.
Mehr darüber erfahren

When almost all countries have relaxed lock down conditions, and when the latest statistics are encouraging an accelerated return to normalcy, some industries such as culture and more particularly music remain strongly affected by "non-confinement." It is even worse for wind instruments simply because the intuitive perception of the risk of contamination linked to "winds" is totally contrary to the actual reality.

Fortunately, scientific studies are underway to remove all doubts about the projection of the virus when using a wind instrument.

The renowned clarinettist Martin Fröst launches the Martin Fröst Foundation this spring in his homeland Sweden, followed by launches in Beijing, Paris, New York and London later in 2019. The purpose of the foundation is to give children and young people from all over the world the opportunity to receive music education, enable access to instruments and develop the classical concert form for future generations.
Mehr darüber erfahren

Verne Q Powell launches its new logo which reflects a modern outlook while respecting the history of the brand.
Mehr darüber erfahren

Martin Fröst and Buffet Crampon in unique and innovative partnership! 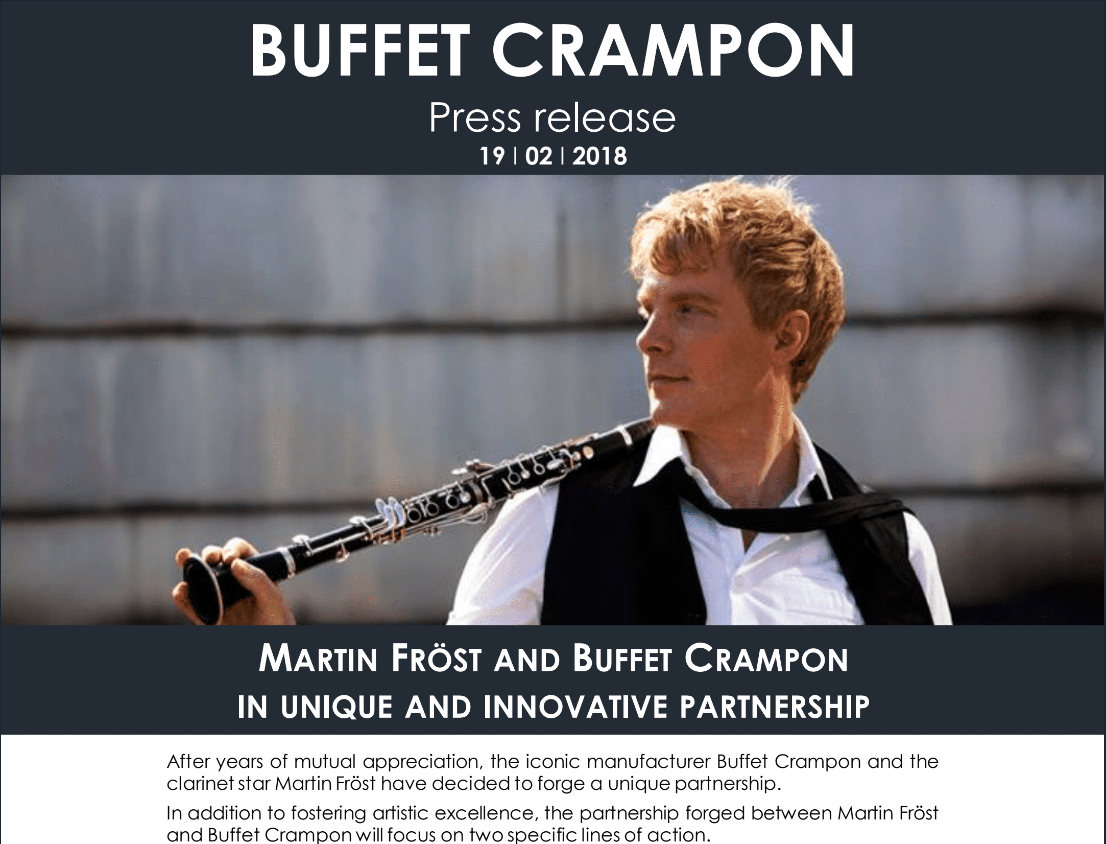 After years of mutual appreciation, the iconic manufacturer Buffet Crampon and the clarinet star Martin Fröst have decided to forge a unique partnership.
Mehr darüber erfahren